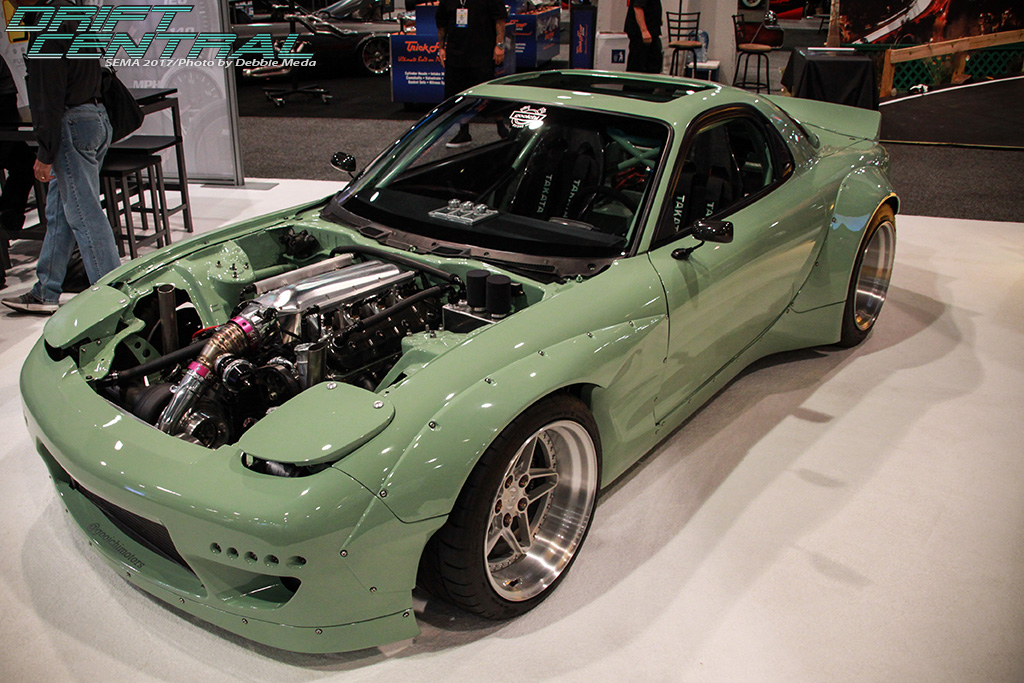 Las Vegas, NV – They came from all corners of the U.S. sporting body panels of all shapes and sizes (some being powered by rotaries and others by pistons) to represent the RX-7 community in full force at the 2017 SEMA Show. 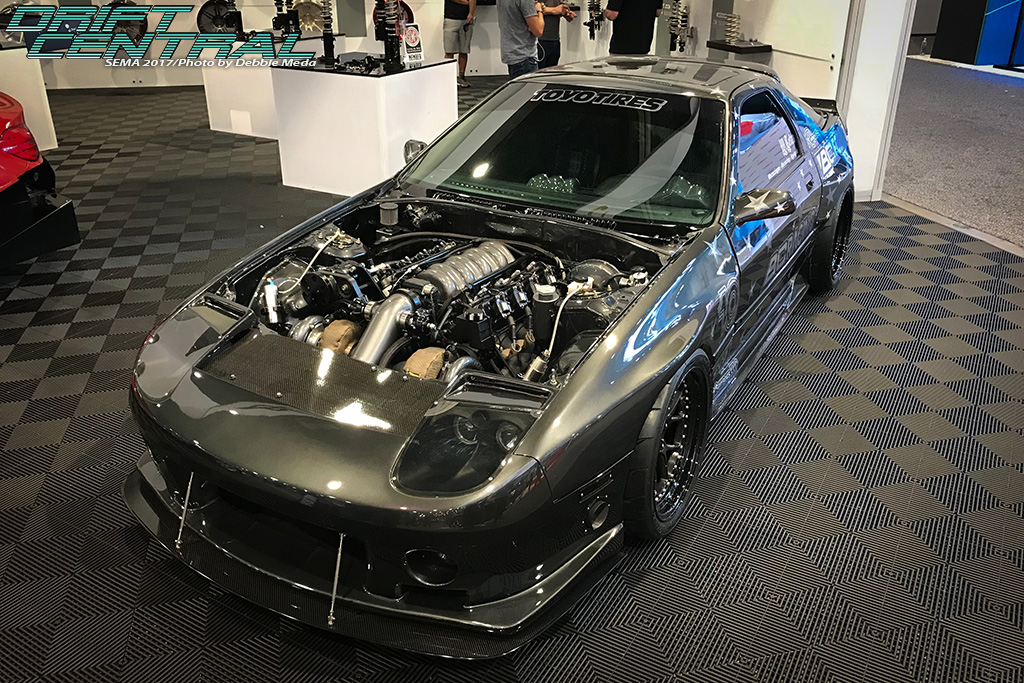 Whether built for show, drift, or street like the 1,100 HP twin-turbo LS FC of Will Tetro, the RX-7s came into SEMA like a wrecking ball. 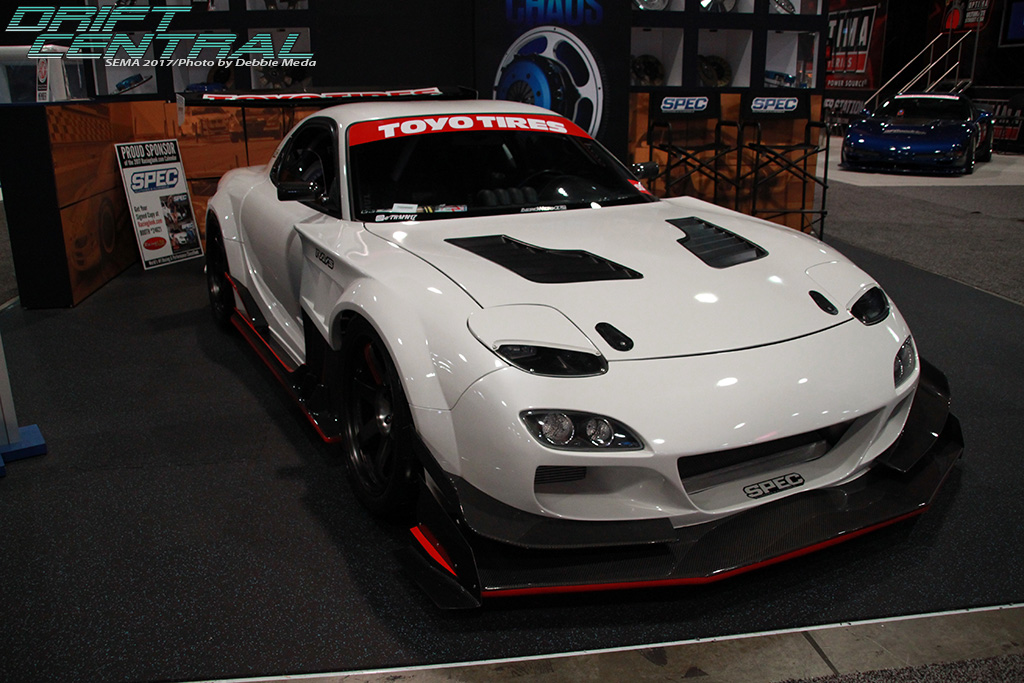 The TCP Magic wide body kit on Jonathan Grunwald’s FD is perhaps the rarest kit for this platform in the US; it differs slightly from the kit used by the Formula DRIFT Japan beast FD of “Mad” Mike Whiddett. 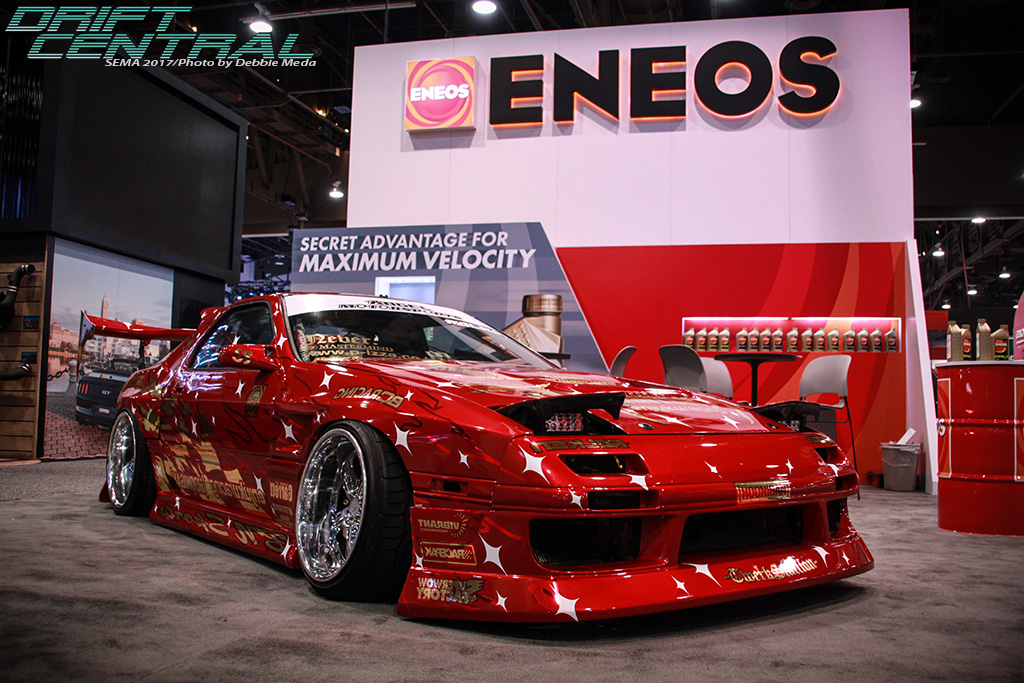 The influence of Japan cannot be denied, this FC recently went from having an LS turbo engine to a rotary and if you don’t know its owner we advise you to come out from the cave you live in and meet Hertrech Eugene Jr. who calls himself Hertiguchi in honor of the D1 Grand Prix legend Mitsuru Haraguchi. 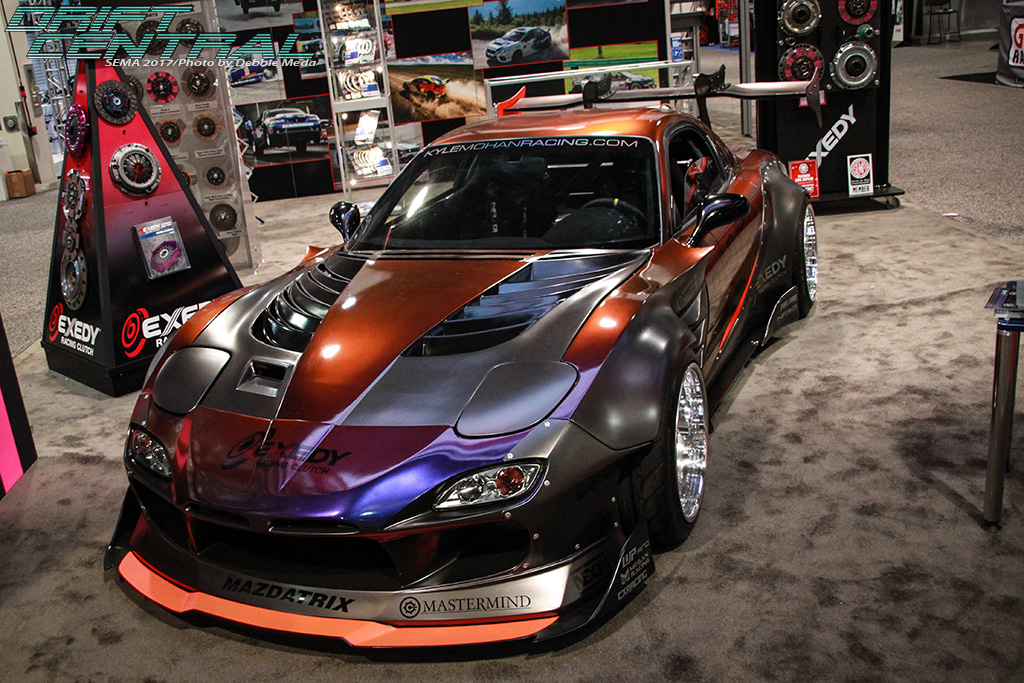 We don’t know if Kyle Mohan will be piloting this 3-rotor FD in next year’s Formula D championship but if he does hopefully he has the breakout performances that Whiddett did in Japan after jumping from the short wheelbase Miata to the more stable FD. 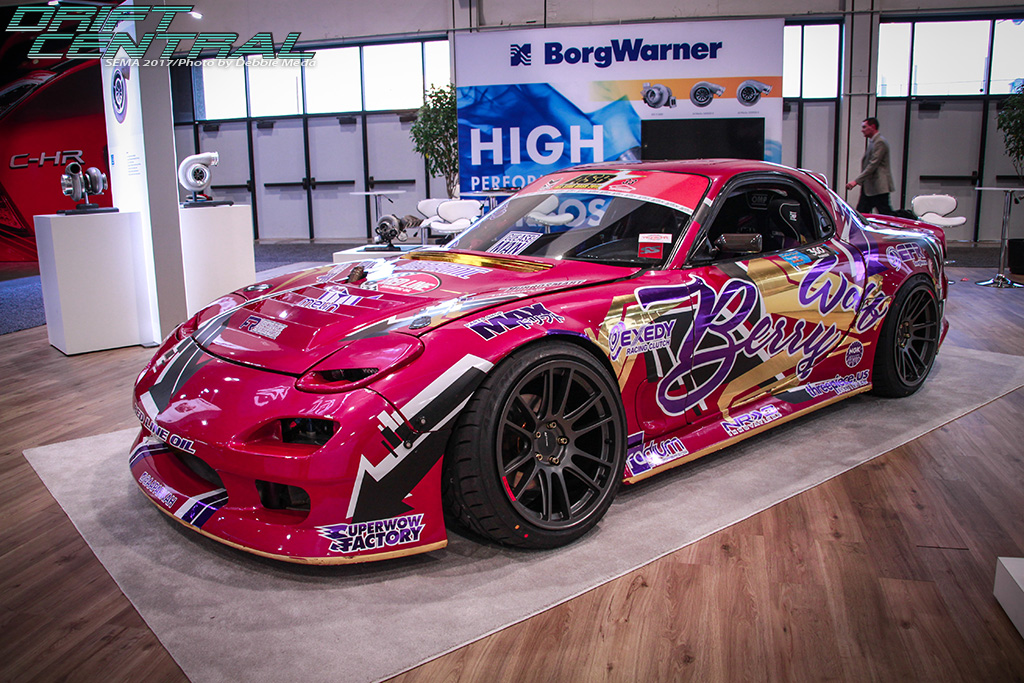 The Wolf Berry FD of Aaron Parker, which oozes of D1GP Yoichi Imamura nostalgia, was out post All-Star Bash at the Borg Warner booth and it’s great to see the Pro-Am grassroots cars joining the party at SEMA.

Stay tuned for SEMA 2017 Part 2 and remember to give us a follow: