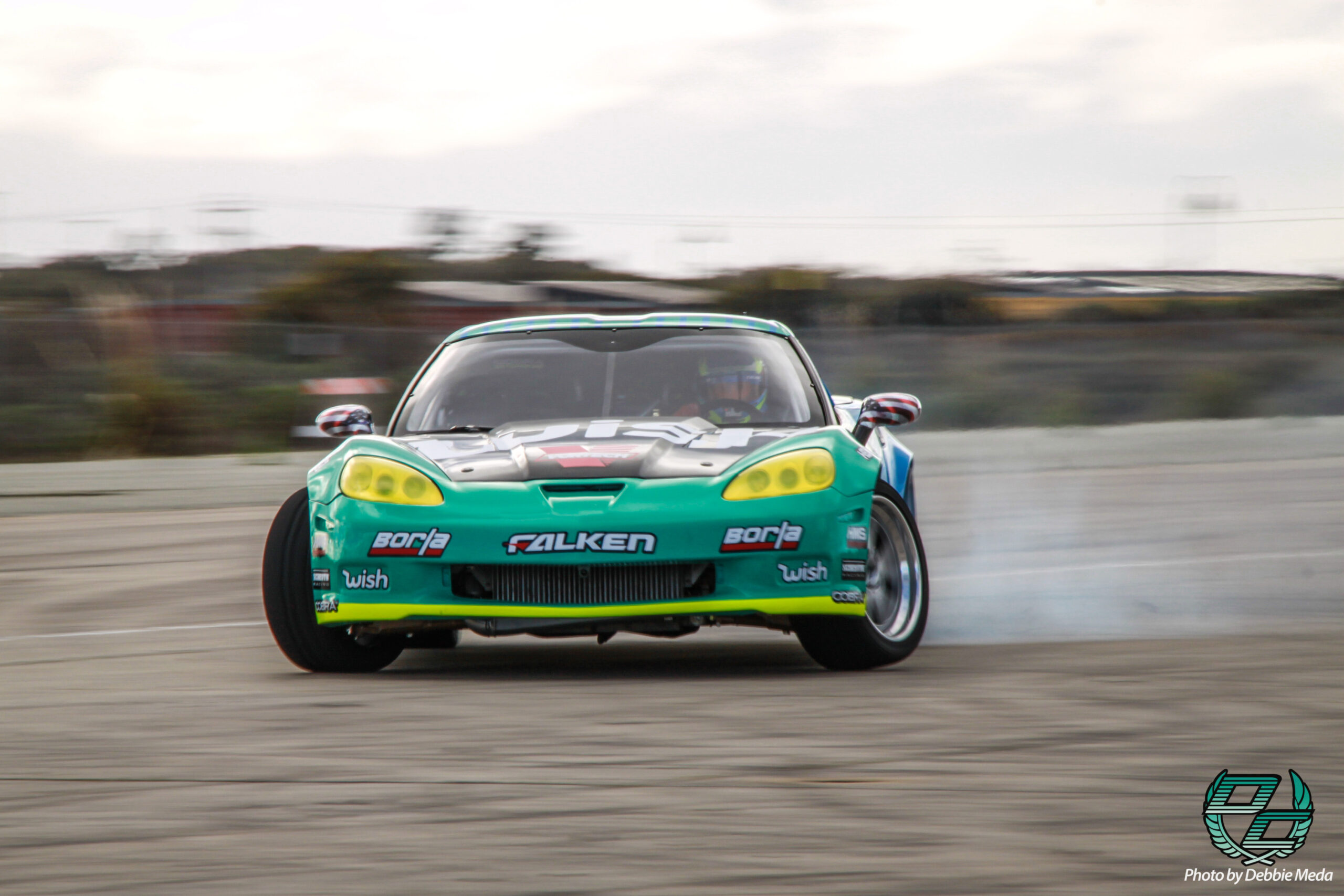 Marina, CA – What up tho, I’m Carlos, and right now, I can still hear the raucous sounds of a supercharged 427 cubic inch LS reverberating through Marina as Matt Field @mattfield777 put his Formula Drift Corvette through its paces for the first time.

The temporary wet conditions allowed Field and his team to do some rain testing which is definitely a plus considering the difficulties top pro drivers faced during the first round of the 2016 Formula Drift season due to the inclement weather.

Following a few wet pulls the Corvette was parked and the team had to source a laptop to connect onto their ECU and it was local Sliding Shamrock Motorsports mechanic and Drift Central tech inspector James Conder who was kind enough to loan out his PC.

After Jei Chang from Blacktrax Performance tinkered with the setup our favorite scoundrel was back in the saddle and both his comfort level and the vehicle’s drive-ability appeared to reach new levels.

The C6 is equipped with all of the latest in terms of drift technology including Falken’s last version of the 615K tire, lightweight rotors and calipers, a full carbon fiber body kit and dashboard, a sequential transmission, a full suspension kit with 70-degrees of angle, and a data logging system which generates plenty of analysis for Jei and the Drift Cave folks to nerd out on.

Also on hand was Dan from Parts Shop Max as he was testing his brand new 2,000 mile Corvette! His other purpose for coming up from San Diego was providing support to Field on the suspension side of things; I got an epic ride in the C7 and all I can say is video coming soon. (side note: if you ever get the chance to have Dan ride with you please do as he provides excellent driver feedback)

During the weekend Field lined up with many of our usual drivers for tandems including his buddy Dave Garofolo @corolla_dave and Cody Day @s13_codayyy as they went out for some runs.

I had a chance to run with the Vette in back to back battle style runs and after watching him throw a nasty ass backie with a ton of speed right in front of me I realized how amazing it was watching the team test the limits of every aspect of the car. I knew they’d be dialed in for round 1 (Long Beach) and I really wish Matt and his team a great season.

So, does the Corvette have a place among the cemented platforms in a JDM born sport? Some of you may say hell yes and others may say f— no! Leave your comments below and until next time.